Image by Gerd Altmann from Pixabay

Trust, or lack of it, is an obstacle to leadership. It’s a mega issue in America. It’s reached crisis proportions.

Published polls show Americans distrust their political leaders, journalists and CEOs. So it’s obvious there are countless missed opportunities in politics, the news media and business.

“A lot of leaders talk about public trust, then they focus on the impression-management side of things,” says Stanford Professor Roderick Kramer, in a Stanford University article written by Loren Mooney.

He reminds us “it’s much more important to establish genuine trust within your organization, which leads to trustworthy performance, which then builds over time into a public reputation of being trustworthy.”

This also means, in our era of narcissism, it’s easy to spot ideal bosses. That’s according to Professor Kramer following his decades of studying senior executives.

He indicates 80 percent of executives admit being hurt by trusting the wrong people early in their careers.

“People are looking for leaders they can trust, and so there’s a lot of capital sitting on the table for leaders who can get the equation right,” comments the professor.

He says a business leader truly has five traits of trustworthiness.

Here’s an edited excerpt from the article of his five traits:

They project confidence, competence, and benevolence.

“These things sound obvious, but still it’s important to look for ways to communicate them,” says Professor Kramer. “Several people have written about the importance of leading by walking around — being present, accessible. Leaders like this leave a good impression as tangible, real people.”

They say – and show – that trust is an important company value.

In a way, good leaders are trust teachers, says Professor Kramer. “They talk about the importance of trust, so that people know the leader values it, and that there will be consequences if that trust is violated.”

He notes that at Pixar, a company known for creating animated films that kids love and parents can trust, CEO Ed Catmull has instituted workshops specifically to educate colleagues about how the company views trustworthiness.

They establish clear roles and systems to speed trust.

While one leader’s behavior can set a tone of trustworthiness, the entire company needs to have rules that enable trust to permeate a group’s culture, Professor Kramer has found in his research.

“People are looking for leaders they can trust, and so there’s a lot of capital sitting on the table for leaders who can get the equation right.”

They share the credit, and they take the blame.

Because leaders are highly visible, people both within an organization and outside the organization tend to overweight their responsibility for successes and failures, a phenomenon the late Harvard scholar Richard Hackman called the “leader attribution error.”

For example, look at the success of the late Steve Jobs, says Professor Kramer. “Many creative minds at Apple contributed to the development of the iPhone, but in the mainstream Jobs got the credit.”

Leaders can beneficially exploit this phenomenon to build trust by being out in front of the organization’s decisions, says Kramer, so that when good things happen, people recognize that the leader was in charge of the process, even though he or she might share the credit.

“And there’s a little bit of evidence that suggests that when leaders are generous at sharing credit, they actually are more trusted,” he says. “It shows that they are fully confident.”

Likewise, demonstrating confidence by admitting full responsibility when something goes wrong – even if the leader wasn’t fully responsible – can in some cases enhance a leader’s reputation.

They don’t mask a crisis.

“One of the fatal mistakes many organizational leaders make is not the initial misstep that causes the crisis; it’s the cover-up – the attempt to spin it or mask the problem,” he says.

People quickly lose confidence in leaders who do this, says Professor Kramer, pointing to bankers during and following the 2008 financial crisis.

“I think some of the disenchantment with Wall Street was that leaders didn’t really take responsibility for their errors,” he says. “They blamed the system, or imprecise regulation – and people don’t like that because it’s a dodge.”

Instead, Professor Kramer suggests, acknowledge the problem quickly, take swift and decisive action to address it, and put in place measures to prevent its reoccurrence. If the problem involves a defective product, recall it “and make a very public display of the new safeguards or policies that will prevent it from happening again.”

From the Coach’s Corner, from politics to business, here are articles related to leadership and trust:

Why Not to Expect Miraculous Leadership from Narcissistic CEOs – “It’s All About Me: Narcissistic CEOs and Their Effects on Company Strategy and Performance,” is an insightful study by two researchers at Penn State.

Trust Gap between Managers and Workers — How to Drive Engagement — While it’s true there are companies that are aware that good morale among employees propels profits, many businesses are missing opportunities for growth. It’s not because of marketing. It has to do with internal issues. Why? There’s still a wide gap between what managers and workers think about trust.

Want More Business? Build Trust with Consumers…Here’s How — With consumers trying to cope with information overload – you will increase B2C sales with long-term customer loyalty – if you build trust by using best practices. It may be an obvious approach, but it’s confirmed by a study that shows 84 percent of the respondents declared trust must be warranted before they buy.

Consultants – 5 Strategies to Build Trust with Clients — The five strategies that enhance relationships between consultants and clients.

Five Attributes of Leadership Are Needed Now – With all the dysfunction in the economy and the debate over healthcare, Seattle Biz Coach Terry Corbell calls for leadership. He says the late President Ford leaves a remarkable legacy of leadership with healthy attributes for businesspeople and public officials to emulate.

“If your actions inspire others to dream more, learn more, do more and become more, you are a leader.” 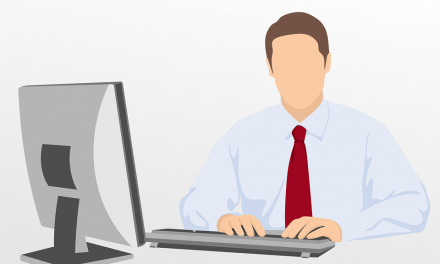 Shy in Networking? Here Are 4 Tips that Will Work for You

7 Tips for a Young Professional to Become a CEO

Lives Are Shattered, Tips to Lay off Employees with Grace