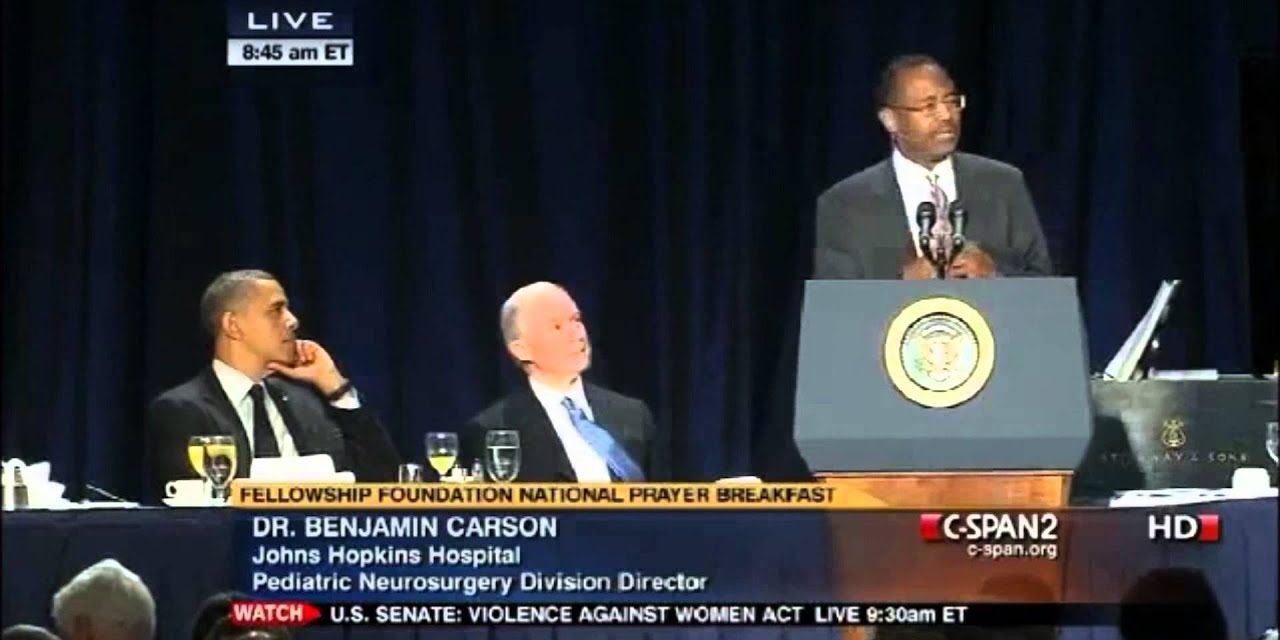 Naturally, Dr. Ben Carson is known as a uniquely soft-spoken retired neurosurgeon. His voluminous accomplishments include his pioneering in the separation of conjoined twins at the head.

But, of course, there’s more. A lot more.

With his gentle, low-key demeanor, he’s also known for his powerful insights on the issues facing the U.S. and the world. He has novel ideas on issues ranging from the economy and education to the Middle East.

The C-SPAN video of his criticism of President Obama’s dysfunctional policies at the National Prayer Breakfast — with the president sitting to his right — exploded all over the Internet.

So, it was an immense pleasure for me to interview Dr. Carson.

Dr. Carson was in Seattle with innovative Wisconsin Gov. Scott Walker – each received an award and addressed the 2013 annual dinner meeting of the Washington Policy Center (WPC), www.washingtonpolicy.org.

It was WPC’s largest-ever event – an overflow crowd at the Seattle Sheraton, which was also transmitted to hundreds of WPC supporters viewing in Spokane.

Dr. Carson was given WPC’s “Champion of Freedom Award” for his humanitarian efforts to advance the causes of “freedom, equality and justice; for his pioneering work as a doctor; and for his courage in speaking out in support of transparent and ethical leadership.”

He was also the 2008 Presidential Medal of Freedom recipient. Along with his pediatric neurosurgery and widespread acclaim, he is president of the Carson Scholars Fund – it’s given more than $5.7 million to thousands of scholars – 5,700+.

His demeanor on television is that of a down-to-earth, calm, and insightful intellectual. I wanted to see for myself. With coordination by WPC, Dr. Carson was made available to the press for 20 minutes, which is why I was able to sit down and ask him numerous questions.

Indeed, his in-person style and intellect mirrored his TV persona.

Here are edited excerpts of his answers to me:

Q: Dr. Carson, many Americans hope you run for president in 2016. Will you?

A: I don’t have political ambitions. It’s like a deadly poppy field in the Wizard of Oz. This country does have many problems that need to be solved…the economy…education…Americans must come together.

I detest politics, to be honest with you. It’s a cesspool. And I don’t think I would fare well in that cesspool because I don’t believe in political correctness and I certainly don’t believe in dishonesty. If the right situation doesn’t evolve in 2016, if drafted, I’d have to consider it, but not now.

Q: We don’t hear or see much action on the nation’s $16-trillion deficit. It’s as though it’s off the radar screen.

A: Now it’s closer to $17 trillion. Counting one number per second, it would take 539,000 years to reach 17 trillion. We’re on a high wire with no net. The United States is operating solely on faith and good credit. Economics is not brain surgery.

Q: At the National Prayer Breakfast – with Mr. Obama seated to your right and his head ostensibly bowed in embarrassment – using diplomacy and with surgical precision you diagnosed his unproductive policies.

A: It surprised me to be invited as it was the second time they invited me to speak. I didn’t plan what I was going to say.

Q: It’s been well-documented about your difficult childhood. Who has inspired you?

A: My mother, first of all. My mother refused to give up. She taught me the importance of a strong education and relationship with God. She helped me to see through hard work, perseverance and a faith in God, you can live your dreams.

Booker T. Washington. From slavery he became an educator, author and advisor to presidents. I learned it doesn’t matter where you’re from, it’s where you finish.

Thomas Jefferson. He said many wise things about government:

“Experience hath shewn, that even under the best forms of government those entrusted with power have, in time, and by slow operations, perverted it into tyranny.”

“A wise and frugal government, which shall restrain men from injuring one another, which shall leave them otherwise free to regulate their own pursuits of industry and improvement, and shall not take from the mouth of labor the bread it has earned…”

“…history convinces me that most bad government results from too much government.”

Q: In your career as a surgeon and now as a thought leader, how do you remain so calm in dealing with difficult subjects that anger other people?

A: Actually, as a boy, I was angry. Once, another youngster angered me, and I had a knife and tried to stab him…I was more terrified as I recognized that I was trying to kill somebody over nothing. I realized at that moment that with a temper like that, my options were three: reform school, jail or the grave. So, I just locked myself up in the bathroom and I started praying and I said, “Lord, I can’t deal with this temper.”

Q: Your thoughts about education?

A: A better educational system is crucial. More money won’t help. There have to be fundamental changes. It starts with fun in teaching children to love reading.

Q: Your thoughts on ObamaCare?

A: Healthcare has huge problems. There is waste and corruption. The costs are enormous. Changes are needed. For the majority of ObamaCare, I am down on it.

The key is to cut out the middleman and empower both doctor and patient with information about what things cost. Patients and doctors are unhappy with ObamaCare.

I’d argue it’s unconstitutional. The Supreme Court decision put the problem back on the voters who elected these politicians.

Q: Dr. Carson, what about the debate over Syria and the Middle East?

A: With better policies four years ago, we’d be looking at a different Middle East. Chemical weapons are a serious problem. But one needs to be very careful – most of us don’t have any idea about the problems in the Middle East and the consequences. We must go slow.

In conclusion, Dr. Carson is the full-meal deal. Indeed, he’s extraordinary. This country needs him badly as president.

From the Coach’s Corner, for a perspective on Dr. Carson, here are some observations from my experience in covering other national figures:

Long before becoming a management consultant and business writer, in the 1970s I had a 20-year career in broadcast journalism and was fortunate to cover many big stories and political newsmakers.

They included Ronald Reagan and his wife, Nancy, on the campaign trail; President Gerald Ford after he was defeated for re-election; California Governor Jerry Brown in his first term; and the late Speaker of the House Tip O’Neill.

That was a time when politics had much more civility. When president, Messrs. Reagan and O’Neill debated over their differences. But at the end of the day they sat down over a beer and were cordial.

Candidly, after my personal angst from President Ford’s pardon of Richard Nixon following Watergate, I had a low opinion of him. However, later, I realized President Ford was right. America was faced with many severe problems and as he said the “the table has to be cleared.” A couple of years later when I broke a national story about his post-presidency plans in Rancho Mirage, California and met him socially at a press function in his honor, I was deeply impressed with his demeanor, which in my mind confirmed the caliber of his leadership.

Mr. Ford was grossly underrated. Years later, it would prompt me to write: Five Attributes of Leadership Are Needed Now

My early sense of Mr. Reagan when he was governor of California was similar. But years after my misspent young adulthood, I realized the error of my thinking when Mr. Reagan began to speak about national issues in the mid 1970s.

So with these thoughts, I no longer wonder about Dr. Carson. He has a commonality with Messrs. Ford and Reagan.

P.S. You might also want to read: Key Differences between Leaders and Managers

“The Roman Empire was very, very much like us. They lost their moral core, their sense of values in terms of who they were. And after all of those things converged together, they just went right down the tubes very quickly.” 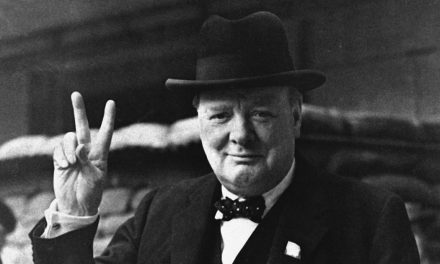 How to Rewire Your Brain to Get Confidence for Leadership 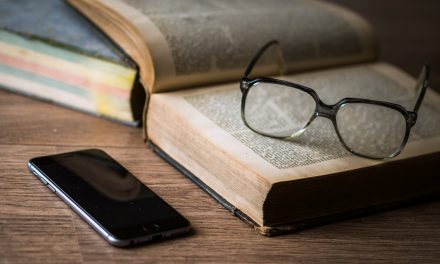 Key Questions to Evaluate Your Company’s IT Security